About the Tablet of Ahmad

July 14, 2012: It gives me great joy to announce that a video of Richard Gurinsky speaking on the Tablet of Ahmad is now available online.


"These daily obligatory prayers, together with a few other specific ones, such as the Healing Prayer, the Tablet of Ahmad, have been invested by Baha'u'llah with a special potency and significance, and should therefore be accepted as such and be recited by the believers with unquestioned faith and confidence, that through them they may enter into a much closer communion with God, and identify themselves more fully with His Laws and precepts."

(From a letter written on behalf of Shoghi Effendi, Directives from the Guardian, p.60)


"The Tablet of Ahmad was revealed by Baha'u'llah to be read when one feels himself in exceptionally difficult circumstances. There is nothing obligatory about its use, and every person has to decide for himself whether he desires to learn it by heart or not..."

(From a letter written on behalf of Shoghi Effendi to the Baha'is of Kenosha, April 14, 1932)


"Glad Tidings of the Nearness of God"

Ahmad became the embodiment of his own Tablet. Such persistence, undaunted spirit, tenacity and steadfastness as his are hardly to be found in any annals of the Cause. When he found a contact, although he suffered afflictions and degradations, he would return again and again to finish that which had been left half discussed.

For example, when he was travelling throughout the Province of Khurasan, he went to the house of a very well known Bábí family, the head of which was no less a person than Furughi - one of the survivors of the Tabarsi upheaval. Ahmad went in and gradually opened the subject and in very frank, vigorous and emphatic terms explained that the One to be manifested by God was none other than Bahá'u'lláh whose light was then shining from the horizon of the "Remote Prison" - Adrianople.

Furughi, who has so audaciously fought in Tabarsi, started a fight here, too. The discussion became more intense as the hours went by. Furughi became very angry, attacked Ahmad, breaking one of his teeth and threw him out of the house.

Ahmad left broken-hearted; but, undaunted, he later returned, knocked at the door and told them that he would not go until such time as the subject was fully discussed and some definite conclusions reached.

We must bear in mind that the Babis were in such great danger that even a piece of paper bearing the verses of the Báb found in any house was enough for the house to be demolished and the inhabitants to be sent to prison or even to the field of martyrdom.

Therefore many of the friends hid their books and writings in the walls of their houses. When Ahmad went to Furughi's house for the second time to resume the discussion, he said emphatically that the Greatest Name BAHA had very often been mentioned by the Báb in all His Writings. Furughi challenged the truth of this statement. To prove to Ahmad that he was wrong, he tore a part of the wall down and brought out a bundle containing the Writings of the Bab, and promised not to say a word against the explicit texts. Ahmad says, "The very first one we opened referred to the name of Baha." As promised, Furughi and all the members of his family accepted the Faith of Bahá'u'lláh and became zealous defenders and very outstanding in its propagation and protection.


Counsels and Exhortations in the Tablet of Ahmad

• Bear thou witness that verily He is God

• …be obedient to the ordinances of God

• …let him choose the path to his Lord

• Forget not My bounties

• …be not of those who doubt

• …be not thou troubled

• Rely upon God, thy God

• Be thou assured in thyself

• Chant it during thy days and withhold not thyself therefrom

• …be of those who are grateful

• …read this Tablet with absolute sincerity 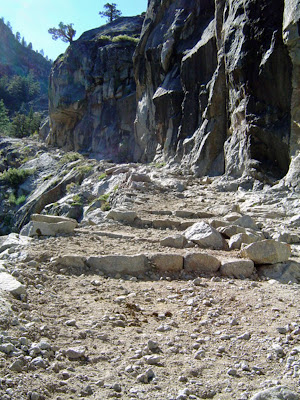 Baha'u'llah’s Call in the Tablet of Ahmad

"Another aspect of this story is Ahmad’s age and the very long distances he walked. Ahmad was not a young man when he decided to leave Baghdad and visit Baha'u'llah. Since Ahmad was born about 1805 and he received the Tablet in 1865 or thereabouts, we know that Ahmad was about 60 years old when Baha'u'llah sent the Tablet to him. Ahmad had just walked the entire distance from Baghdad to Constantinople – more than 1100 miles or 1700 kilometres – when he received this Tablet. Adrianople is another 160 miles, 260 kilometres, from Constantinople. However, Ahmad did not choose this easier path. Instead, he directed his steps to Persia. From Constantinople, Ahmad walked another 1400 miles, 2240 kilometres, to reach his destination. Such a feat is almost unimaginable today, although, of course, it was more common in the 19th century. Yet once he arrived in Persia, Ahmad did not rest. He continued walking around the country, teaching the Babis.

"Ahmad arose to teach the Babis because he responded to Baha'u'llah’s call to him in the Tablet of Ahmad. Baha'u'llah did not request that Ahmad visit Him so that he might give Ahmad His personal instructions. Ahmad knew that Baha'u'llah had a serious purpose in sending him such a weighty Tablet. That Baha'u'llah sent Ahmad this Tablet while he was traveling, rather than waiting for Ahmad to visit Him, suggests that Baha'u'llah may have also been communicating a sense of urgency.

"With this in mind, we may, like Ahmad, read the Tablet many times to find those phrases and words which indicate Baha'u'llah’s purpose. The more we do this, the clearer it becomes that much of the Tablet of Ahmad may be viewed as a call to teach and that one of its major themes, therefore, is teaching the Cause of God.

(H. Richard Gurinsky, Learn Well This Tablet - A Commentary On the Tablet of Ahmad, pp. 16-17)

In a talk he gave near the end of his life, Richard Gurinsky pointed out that in the first paragraph of the Tablet of Ahmad, Baha'u'llah uses four verbs regarding the Nightingale of Paradise that ‘singeth.’ Richard said, "If the Nightingale is ‘proclaiming,’ ‘calling,’ ‘informing,’ and ‘guiding,’ what is that? Right! Teaching!"

He offered the thought that the Tablet of Ahmad might be one of the Tablets intended by Baha'u'llah in the statement:

Sources for Learning about the Tablet of Ahmad


• “A Flame of Fire, The Story of the Tablet of Ahmad,” by Hand of the Cause of God A.Q. Faizi

• Learn Well This Tablet - A Commentary On the Tablet of Ahmad, by H. Richard Gurinsky