"Should they attempt to conceal His light on the continent, He will assuredly rear His head in the midmost heart of the ocean and, raising His voice, proclaim: 'I am the lifegiver of the world!'... 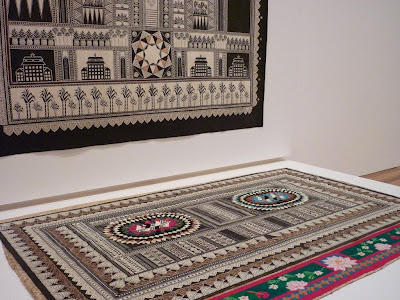 This will bring to five the number of Mashriqu’l-Adhkars along what the beloved Guardian described in a 1957 missive as “a spiritual axis, extending from the Antipodes to the northern islands of the Pacific Ocean -- an axis whose northern and southern poles will act as powerful magnets, endowed with exceptional spiritual potency, and towards which younger and less experienced communities will tend for some time to gravitate.” [Emphasis added.]

In that same letter, addressed to the National Spiritual Assembly of Australia, Shoghi Effendi had further explained:

...The emergence of a new Regional Spiritual Assembly in the North Pacific Area, with its seat fixed in the capital city of a country [at that time the Spiritual Assembly of North East Asia, with its seat in Tokyo, Japan] which by reason of its innate capacity and the spiritual receptivity it has acquired, in consequence of the severe and prolonged ordeal its entire population has providentially experienced, is destined to have a preponderating share in awakening the peoples and races inhabiting the entire Pacific area, to the Message of Bahá'u'lláh, and to act as the Vanguard of His hosts…

A responsibility, at once weighty and inescapable, must rest on the communities which occupy so privileged a position in so vast and turbulent an area of the globe. However great the distance that separates them; however much they differ in race, language, custom, and religion; however active the political forces which tend to keep them apart and foster racial and political antagonisms, the close and continued association of these communities in their common, their peculiar and paramount task of raising up and of consolidating the embryonic World Order of Bahá'u'lláh in those regions of the globe, is a matter of vital and urgent importance, which should receive on the part of the elected representatives of their communities, a most earnest and prayerful consideration.

Earlier in the same communication, the Guardian had conveyed this regarding the outcome of the plans underway for the first Baha’i Temple in Australia:

The influence that this Mother Temple of the whole Pacific area will exert when constructed, is incalculable and mysterious.

(Letters from the Guardian to Australia and New Zealand, p. 135)

The Custodians of the Baha’i Faith—those Hands of the Cause acting as the interim Head of the Faith during the period of the Interregnum—echoed the Guardian’s emphasis on the significance of the spiritual axis:

In Shoghi Effendi's last message  to the Australian National Spiritual Assembly [July 19, 1957] he unfolded before their eyes, in his own inimitable way, a vast panorama of future development in the entire Pacific area: he pointed out that Australia and Japan constitute the northern and southern poles of a mighty spiritual axis running through the Pacific region and that through this axis the current of a close collaboration in the execution of the Divine Plan throughout that entire region must flow. He emphasized that within this area embraced by New Zealand and Australia in the south and Japan in the north, "an area endowed" as he wrote "with unimaginable potentialities, and which, owing to its strategic position, is bound to feel the impact of world-shaking forces, and to shape to a marked degree through the experience gained by its peoples in the school of adversity, the destinies of mankind."

Under the divine infallible guidance of the Universal House of Justice the portents regarding the spiritual axis in the Pacific region are all being realized. In 1982 it wrote to the Baha’i International Conference in Canberra, Australia:
In Australasia the Mother Temple of the Antipodes, dedicated to the Glory of God just two decades ago, looks out across the vast Pacific Ocean in whose "midmost heart" still another Mashriqu'l-Adhkar is being built on the mountain slope above Apia in the country of the first reigning monarch to embrace the Faith of Baha'u'llah.*

*[The House of Worship in Australasia, outside of Sydney in Ingleside, was dedicated on 16 September 1961. The extract from the Writings of Baha'u'llah about the "midmost heart" of the ocean is quoted by Shoghi Effendi in World Order of Baha'u'llah, p. 108. The House of Worship in Apia is in Western Samoa, whose head of state, His Highness Malietoa Tanumafili II, embraced the Baha'i Faith in 1968.]

And in the same message of 1982, the Universal House of Justice explained regarding Shoghi Effendi’s message of July 19, 1957:

These guidelines, penned a quarter of a century ago, are as valid today as when they were written, and can be taken to heart by all Baha'i communities on either side of the axis.

We are all privileged to witness the unfolding, the astonishing fulfillment, of the forecasts found in our sacred Writings and the communications of the Guardian and the Universal House of Justice.