The Title for God Passes By

The choosing of the title for this ‘survey’, as all the Guardian’s correspondence called it, taxed George’s imaginative invention. Only after letters and two cables urging the point had been received did inspiration come to him. He cabled ‘God Passes By’ and received the instant reply ‘DELIGHTED TITLE EAGERLY AWAITING LETTER’. 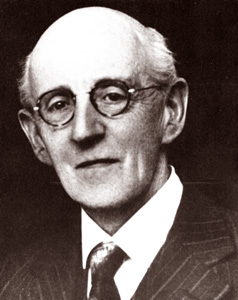 George Townshend, (who later, in 1951, was appointed a Hand of the Cause), was unquestionably familiar with the biblical passages below, which may well, even if only subconsciously, have inspired him with the title for Shoghi Effendi’s great book.

The first account, from the book of Exodus, describes an episode with Moses involving a cloudy pillar, the tabernacle, stone tablets, and a covenant…

The second account, from I Kings, relates an episode referring to Elijah and his cave on Mount Carmel. This took place in the area where Baha’u’llah, the Lord of Hosts, later physically walked and revealed the Tablet of Carmel and where now sits the Shrine of the Bab.

Within this Most Holy Land rises the Mountain of God of immemorial sanctity, the Vineyard of the Lord, the Retreat of Elijah, Whose return the Bab Himself symbolizes.

33:17 And the LORD said unto Moses, I will do this thing also that thou hast spoken: for thou hast found grace in my sight, and I know thee by name.

33:21 And the LORD said, Behold, there is a place by me, and thou shalt stand upon a rock: 33:22 And it shall come to pass, while my glory passeth by, that I will put thee in a clift of the rock, and will cover thee with my hand while I pass by: 33:23 And I will take away mine hand, and thou shalt see my back parts: but my face shall not be seen…
34:5 And the LORD descended in the cloud, and stood with him there, and proclaimed the name of the LORD.

34:6 And the LORD passed by before him, and proclaimed, The LORD, The LORD God, merciful and gracious, longsuffering, and abundant in goodness and truth, 34:7 Keeping mercy for thousands…

19:9 And he came thither unto a cave, and lodged there; and, behold, the word of the LORD came to him, and he said unto him, What doest thou here, Elijah? 19:10 And he said, I have been very jealous for the LORD God of hosts: for the children of Israel have forsaken thy covenant, thrown down thine altars, and slain thy prophets with the sword; and I, even I only, am left; and they seek my life, to take it away.

19:13 And it was so, when Elijah heard it, that he wrapped his face in his mantle, and went out, and stood in the entering in of the cave. And, behold, there came a voice unto him, and said, What doest thou here, Elijah? 19:14 And he said, I have been very jealous for the LORD God of hosts: because the children of Israel have forsaken thy covenant, thrown down thine altars, and slain thy prophets with the sword; and I, even I only, am left; and they seek my life, to take it away.

19:15 And the LORD said unto him, Go, return on thy way to the wilderness…