After the first three careful readings of the 2010 Ridvan Message of the Universal House of Justice—thirty-three paragraphs on eleven pages—it seemed that I hadn’t penetrated into its meaning. There was so much substance I felt somewhat overwhelmed. I decided to look for words or phrases that were repeated and might be keys to understanding.

The message begins bringing attention in the second and third paragraphs to “developments at the more profound level of culture.” What are some of the words that pertain to this? They include “to converse,” “teaching,” “ties of friendship,” “shared understanding.” 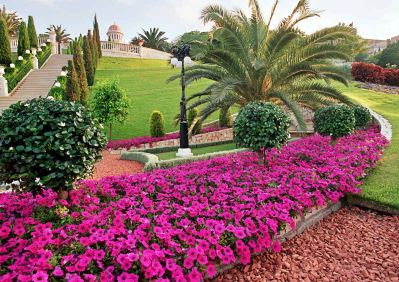 In paragraph four the word “conversation” occurs three times: “conversation between two souls,” “a conversation distinguished by the depth of understanding achieved and the nature of the relationship established,” “the conversation continues.” Also, “friendships are formed,” “newly-found friends,” “every soul feel welcome to join the community.”


Walking along later during my fifteen minute break from my job, mulling over what I perceived to be the words that might be the focus of the message, the word “relationships” popped into my mind. It was like a light was switched on. When I again had the message in hand it seemed like I had found the philosopher’s stone, a magic talisman that opened doors of understanding. Suddenly the heart of the message seemed crystal clear, beaming forth in profound simplicity.

Relationships. Continuing from paragraph five: “In every cluster…extending,” “a network of co-workers and acquaintances,” “a neighbourhood,” “a small village would offer a suitable social space,” “community building,” “calling upon the residents,” again “newly found friends,” “the devotional character of the community,” “open to all,” “equal footing,” “assistance,” “a rhythm of community life.”

In paragraphs six and seven the expression “the friends,” referring to the Baha’is, appears three times. Not long ago I had heard one of the local Baha’i youth ask ‘Why do the Baha’is refer to one another as “the friends?”’ It’s a good question. One that we see goes straight to the core of Baha’i identity. Those new to the Faith often find this use of the term “the friends” a bit odd at first. But that’s who we are and what we must become.

It behoveth thee to be content with the Will of God, and a true and loving and trusted friend to all the peoples of the earth, without any exceptions whatever. This is the quality of the sincere, the way of the saints, the emblem of those who believe in the unity of God, and the raiment of the people of Baha.

In this relationship of friendship we are involved in actions: “The process of community building,” “teach within one or more receptive populations,” “find those souls longing,” “work alongside one another,” “learn the ways and methods of community building” “universal participation,” “acting as tutors of study circles,” “foster a vibrant community life.” All this language from our mandate is about relationships. We are lead to “that aspect of Baha’i culture which pertains to deepening.”

At this point in writing these reflections, I listened online to the wonderful talks and comments on the Ridvan Message by the Counsellors and others at the US Baha’i National Convention, and all of a sudden my thoughts seemed feeble and I quit this analysis. However, now, several months later in November, (and on into December), reading the above again, I’m thinking ‘This isn’t so bad, and it may even be useful.’ Although a new five-year plan will be introduced about four months from now, I’m confident that the emphasis on relationships won’t go away. So here goes again.

Paragraph eight talks about an approach to the study of the writings that would “spur large numbers into the field of action” and explains that the Universal House of Justice asked that “training institutes assist ever-growing contingents of believers in serving the Cause through the provision of courses…” in which, as elaborated on in paragraph nine, “study and service are joined and carried out concurrently.” If anyone is involved in these actions, that person has active human relationships with other people.

Paragraph nine explains the significance of the tremendous breakthrough in the “system of distance education” through which “the worldwide Baha’i community has acquired the capacity to enable thousands, nay millions, to study the writings in small groups with the explicit purpose of translating the Baha’i teachings into reality, carrying the work of the Faith forward into its next stage: sustained large scale expansion and consolidation.” Talk about meaningful relationships!

We learn that “the Baha'i world has succeeded in developing a culture,” that focuses on “a common path of service – supporting one another and advancing together, respectful of the knowledge that each one possesses at any given moment and avoiding the tendency to divide the believers into categories such as deepened and uninformed…” This is something special in the sphere of human relationships, calling attention to a potential pitfall in relations between seekers or new Baha’is and veteran Baha’is who might be regarded as knowledgeable solely due to some assumed concept of seniority. Instead, tutors go into status-free relationships that pertain to helping “effect individual and collective transformation.”